There Is No Love At Pensacola Christian College 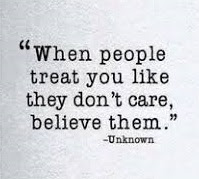 Email ThisBlogThis!Share to TwitterShare to FacebookShare to Pinterest
Labels: I John

There Is No Love At Pensacola Christian College

1st John 3:17, “ But whoso hath this world's good, and seeth his brother have need, and shutteth up his bowels of compassion from him, h...

Sword Of The Lord

I Never Knew You

Welcome to THE FUNDAMENTAL BAPTIST PODCAST! There are many types of Baptists, but being a Baptist once meant that you were a FUNDAMENTALIST! Over the years many Baptists have strayed from the FUNDAMENTALS. And thus attack those who remain true to the faith. This Podcast will address the issues surrounding what it means to be a FUNDAMENTAL BAPTIST.